G2 Ergonomics Monster Energy Attack Performance Yamaha Racing’s Cameron Beaubier capped off his stellar weekend at New Jersey Motorsports Park with another victory in Sunday’s race two to further extend his points lead in the MotoAmerica Superbike Championship. Teammate Jake Gagne rebounded from a tough weekend in Millville, New Jersey, to take the runner-up spot by .014 of a second. 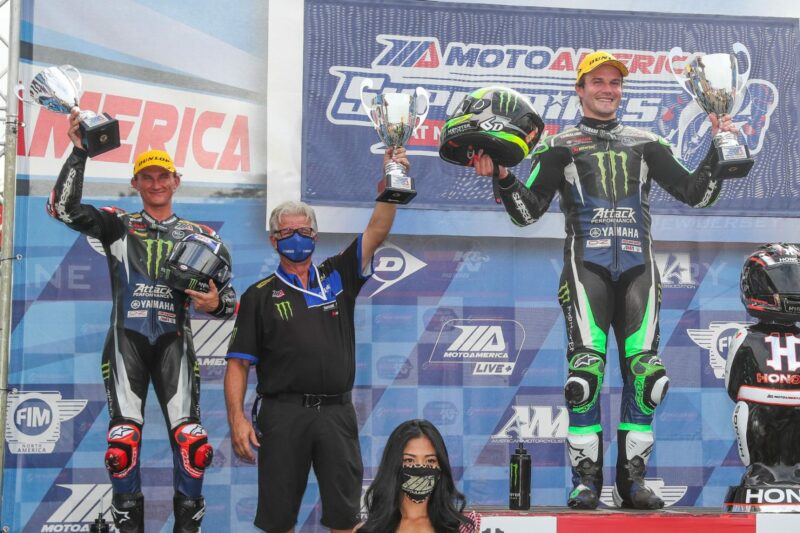 Beaubier got off to a great start from pole position with his teammate slotted right behind him going into Turn 1. Unfortunately, the race was red-flagged due to a crash further back in the final corner on the first lap. The Monster Energy Attack Performance Yamaha Racing duo lined up on the front row for a complete restart of a shortened 14-lap race. On his second try, Beaubier got off to an even better start, leaving everyone in his dust with a commanding holeshot. Although the four-time Superbike Champion didn’t have as big of a margin on his fellow Yamaha riders in Sunday’s race, he was able to steadily increase his gap towards the end of the race and score his 11th victory of the season. With three rounds remaining and 200 points on the table, Beaubier has a healthy 84-point lead in the championship. 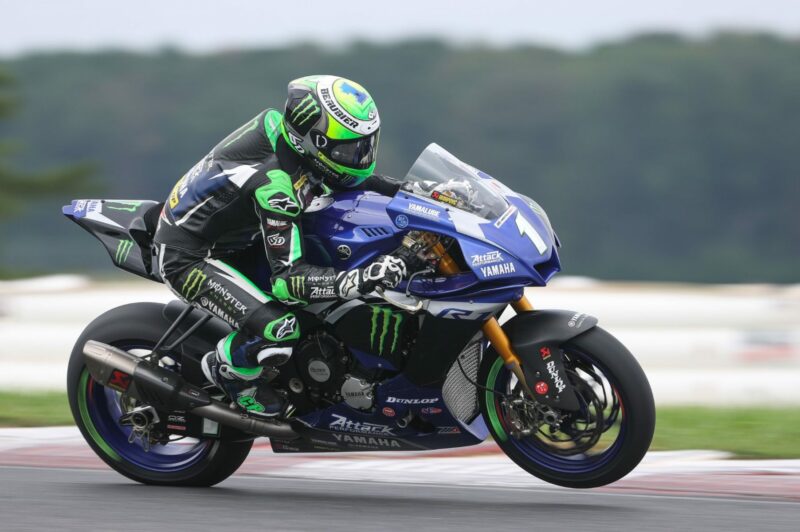 After a tough start to the weekend with a crash on Friday and in Saturday’s race one, Gagne was once again second on the restart with fellow Yamaha rider Matthew Scholtz on his heels. With five laps to go, Scholtz passed him in Turn 1. Gagne patiently waited for his opportunity to retake the position, which came on the final lap. The Californian got a good drive out of the final corner and was able to slip past the Westby Yamaha rider and cross the line second for a photo finish. Gagne’s efforts allowed him to keep his runner-up spot in the standings and extend his gap to six points over Scholtz.

The Monster Energy Attack Performance Yamaha Racing team heads south to Leeds, Alabama, for Round 7 of the MotoAmerica Superbike Championship at Barber Motorsports Park, on September 18-20.