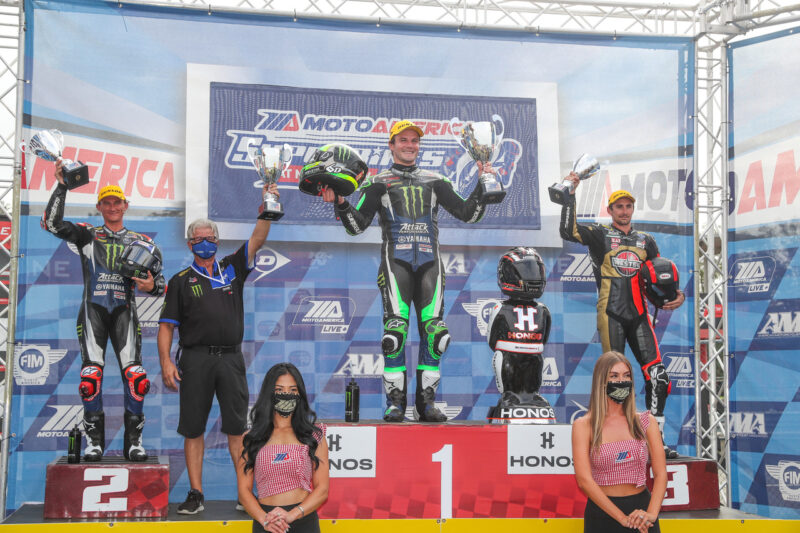 Superbike rider Mathew Scholtz raced his #11 Westby Racing Yamaha YZF-R1 to a third-place finish in Sunday’s race two as an encore to his second-place result in Saturday’s race one. He very nearly got his second runner-up result in as many days, but he was baulked by a backmarker on the final lap of the red-flag-shortened race, which enabled Jake Gagne to catch back up to Mathew and set up for a pass in the final turn before the finish line. At the stripe, Mathew missed out on second place by just .014 of a second. Mathew now trails Jake by just six points for second place in the season championship. 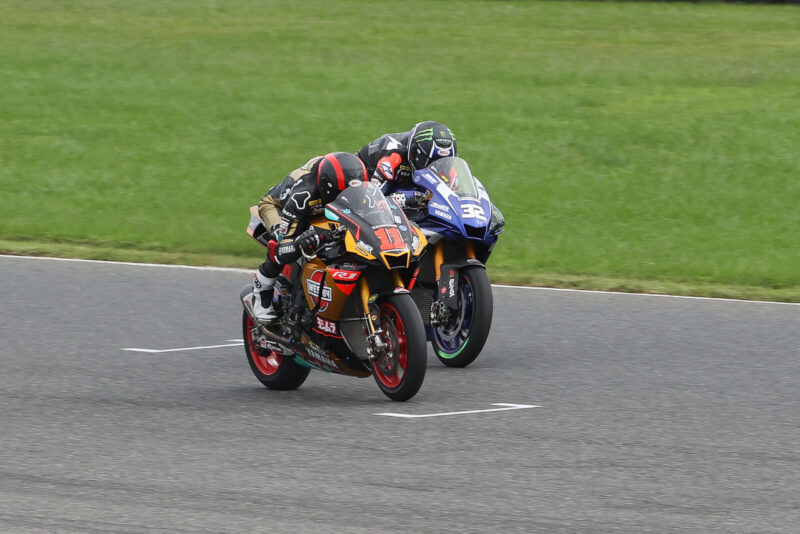 Mathew commented, “There were certain sections of the track that I was struggling with and where Jake (Gagne) was faster. On the final lap, I kind of got stuck behind Sam (Verderico). Jake definitely beat me. Hats off to him. But, in the back of my mind, I always kind of have that, if I didn’t catch Sam at that point. But it is what it is. I’m just very thankful to be up here on the podium after crashing in morning warmup. Well done to (race winner) Cam (Beaubier). He’s absolutely flying. I’m kind of happy that we weren’t so far back behind Cam. Just really looking forward to Barber next week. It’s definitely the strongest track for me. I know Cam and Jake both go well there too, so let’s do some more battles.”

Next up for Westby Racing is round seven of the MotoAmerica Championship, which will take place at Barber Motorsports Park in Birmingham, Alabama, on September 18 through 20.